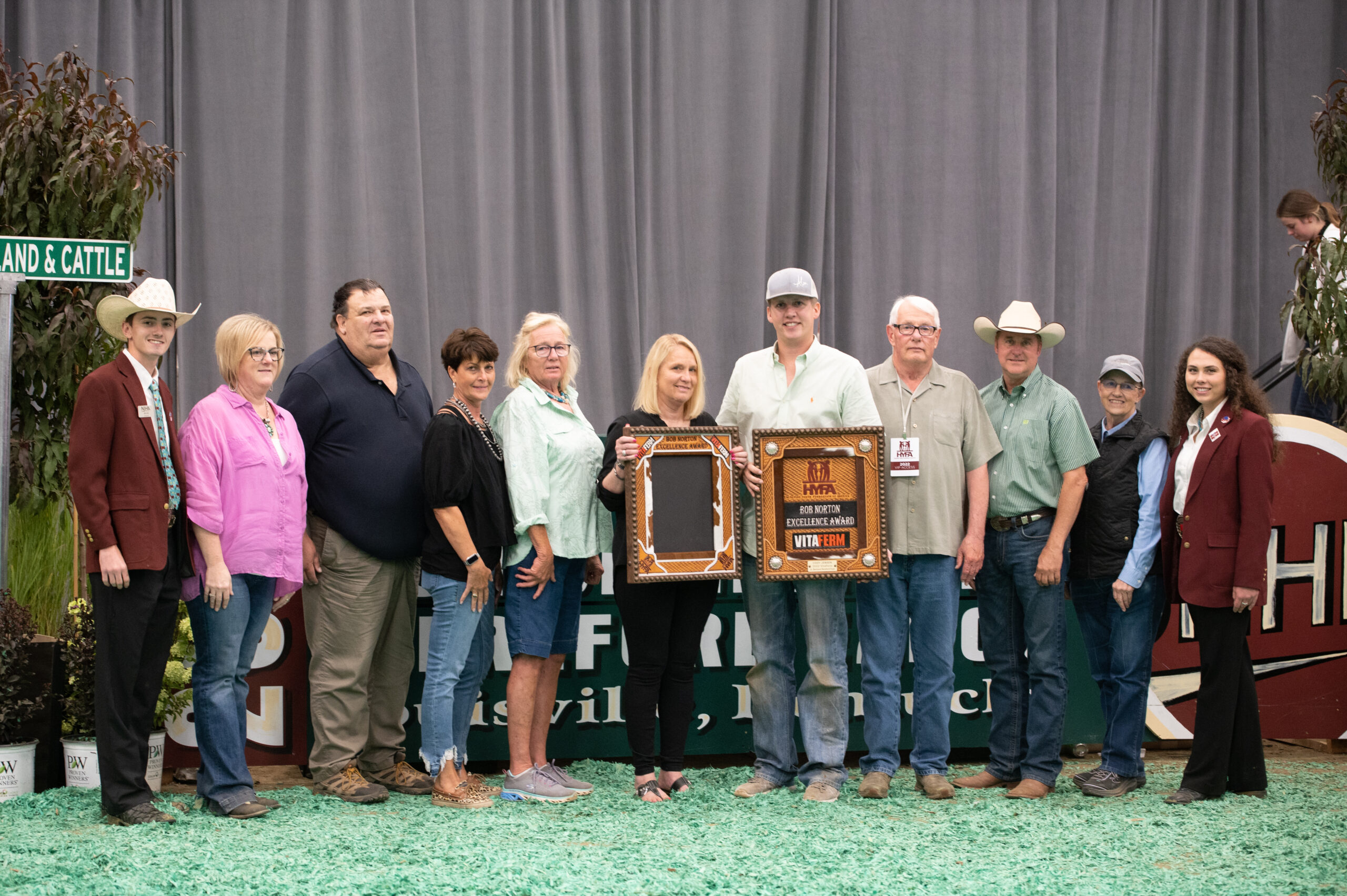 The Bob Norton Excellence Award is given to a former National Junior Hereford Association (NJHA) member who demonstrates the work ethic of Bob, along with his zest for life and dedication to youth programs. HYFA board members choose from a nominated list of individuals considered to be among the best and brightest of their generation and in the infancy of their career.

Bob began his career with BioZyme, Inc. in 2000 after a stint in the meatpacking industry. As CEO, Bob oversaw the activities of the employee-owned company, headquartered in St. Joseph, Mo., and worked closely with the President and COO to monitor domestic and international growth. Bob was the ultimate team leader and innovation champion, and his legacy and philosophy will remain as a guidepost for BioZyme, Inc. Bob was passionate about aviation, active in the Veterans Airlift Command and dedicated to the future of agriculture. In addition to serving on the HYFA Board of Directors, he was inducted in the Honorary Angus Foundation and previously served on the Certified Angus Beef® board of directors. Moreover, he was a promoter of the NJHA. Bob was an inspiration to all who knew him.

A Kansas native, Cody Jensen lives in Platte City, Mo., and is a plant manager at BioZyme Inc. Cody has worked with the company for six years.

“I remember the day Bob called me right after they hired Cody and how excited he was to hire a young man he had met through our partnership with VitaFerm,” said Amy Cowan, director of youth activities and foundation for the American Hereford Association (AHA). “Bob and I talked on several occasions about Cody and I know how proud he was of his work ethic and his ability to lead the team there at the plant.”

Cody served as chairman of the NJHA board of directors in 2016. During his tenure, Cody and the NJHA board of directors spent time at VitaFerm®, learning more about the company and connecting with Bob and his wife, Lisa. Cody and Bob’s relationship led Cody to a career he loves today. Cody graduated from Kansas State University with a bachelor’s degree in feed science and management and feels lucky to have worked under Bob’s wing.

“Bob is truly going to leave a lasting legacy,” Jensen says. “A lot of juniors haven’t met him, but the people he has met, he has touched so hard and left a legacy that will be shared with future generations.”