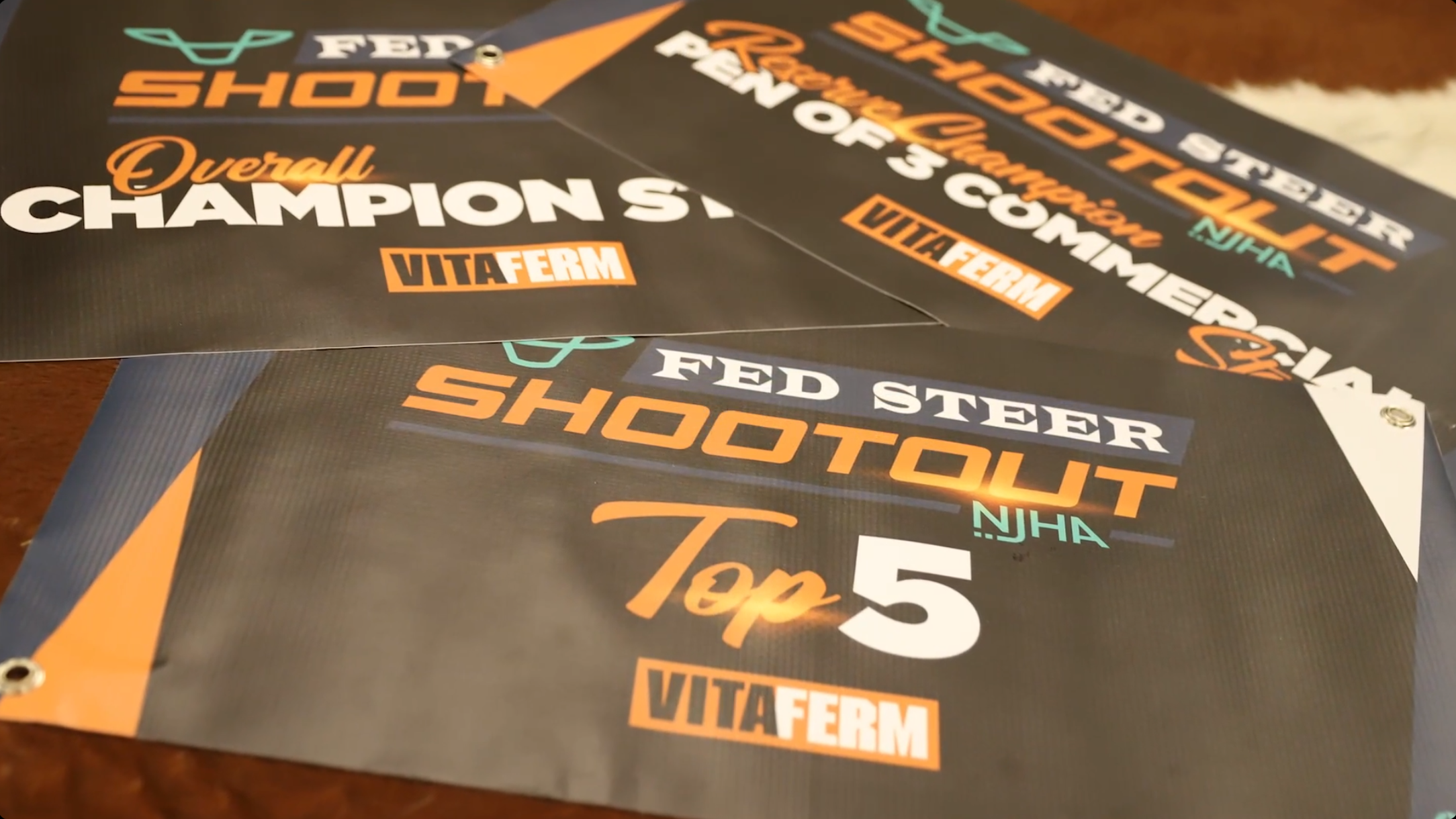 Kansas City, Mo. - Now in its fourth year, the National Junior Hereford Association’s (NJHA) Fed Steer Shootout contest teaches juniors about the opportunities and challenges of the cattle feeding industry. In the 2020 contest, 33 youth from 14 states entered 111 steers in the NJHA Fed Steer Shootout contest. Powered by BioZyme Inc. and the Feed the Future program, this year’s winners received nearly $20,000 in scholarships and awards from the Hereford Youth Foundation of America (HYFA) and BioZyme. They were recognized for their efforts Oct. 22 at the American Hereford Association’s (AHA) virtual awards ceremony during the AHA Annual Membership Meeting and Conference.

“We congratulate all of the contest winners and are proud of each and every participant for their efforts in the NJHA Fed Steer Shootout,” says Trey Befort, AHA director of commercial programs. “As this program continues to evolve, we look forward to the education and experience provided to youth by this industry-leading opportunity.”

Contestants collected actual feedyard performance and carcass merit data on the pen of three and individual entries of Hereford and commercial Hereford-influenced steers while gaining a comprehensive industry education on topics such as ultrasound technology, genetics and cattle health. All steers were fed at Gregory Feedlots in Tabor, Iowa, and through a generous sponsorship from Texas Stardance Cattle, steers were hauled to and harvested at National Beef Packing Co. in Dodge City, Kan., as candidates for the Certified Hereford Beef® brand. Allfex USA, Ultrainsights Processing Lab, Endovac Animal Health, Geneseek and Fremont County Vet also played a vital role in the success of the program.

Additionally, contestants entered performance portfolios from data reports they received throughout the feeding period and wrote an essay about what they learned from the process. New this year, Beef Quality Assurance was an added requirement for those juniors participating in the performance portfolio portion of the contest. The top five participants were selected from the submitted portfolios and had the opportunity to compete for the NJHA Fed Steer Shootout junior of the year. These juniors presented a short speech followed by a panel interview about what they learned during the contest and how they can apply this knowledge in the beef industry.

This year’s award winners are: