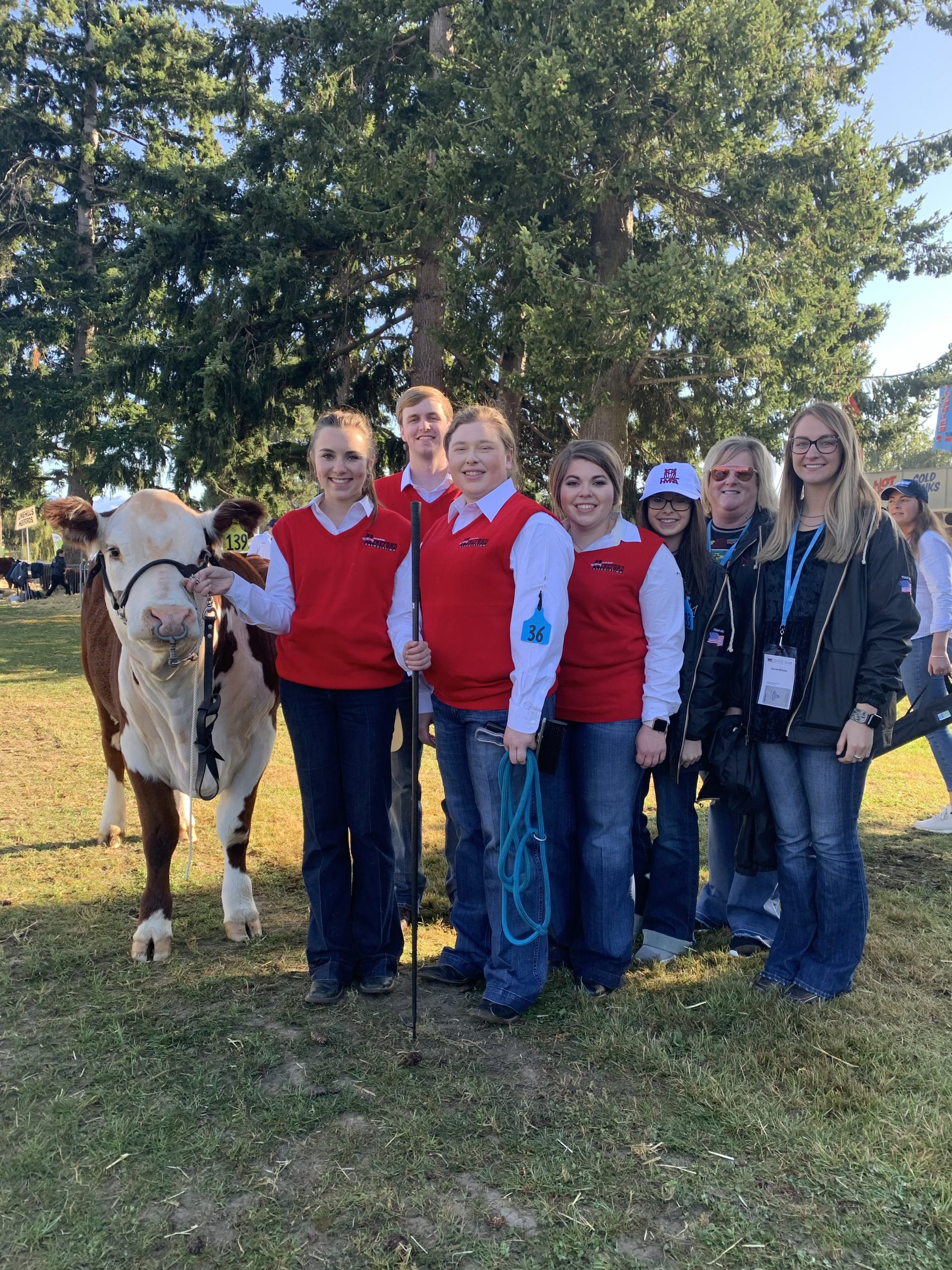 Team USA brought home first place honors in the presentation module of the competition with a speech about bridging the gap between urban and rural populations. The team’s victory earned the opportunity to share their presentation with the 400 attendees at the World Hereford Conference. Spindle placed second overall in the judging contest and Matheny followed with a third overall placement. Allan placed fourth in the herdsmanship module, which was a combined score from the judging and showmanship contests.

“We were proud of how we finished the competition, but more importantly, we made friends from around the world and learned from and enjoyed each other’s company more than we ever could have imagined,” said Matheny, who is also the NJHA board chairman.

“This was a journey of a lifetime for these young adults and it was so neat to watch them network with the teams from across the globe as they competed and represented America on the world’s stage. I look for this experience to open doors for future networking opportunities with Hereford breeders and junior members from other counties,” said Amy Cowan, director of youth activities and foundation.

The U.S. will host the next World Hereford Conference in 2024.