AN ADVENTURE OF A LIFETIME 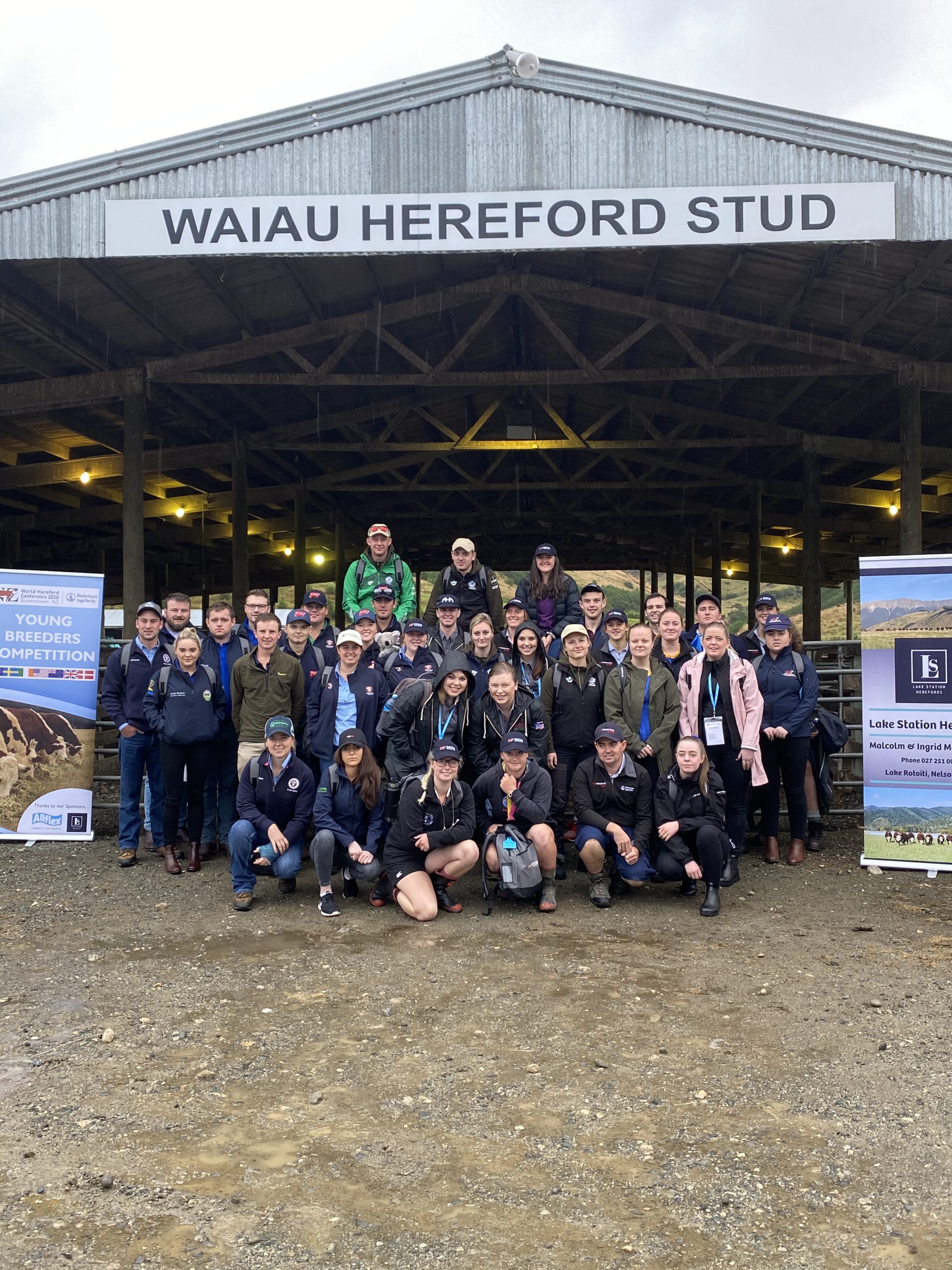 As my time as a National Junior Hereford Association (NJHA) member and board director winds down, I reflect on all of the opportunities, scholarships and memories the association has provided me. I am truly grateful to be a part of such an amazing organization and family. This past year, I was awarded the OXO World Traveler Scholarship, which allowed me to attend the 2020 World Hereford Conference in Queenstown, New Zealand, and to represent the NJHA at that global event. Through this experience, I made several friends, met fellow Hereford breeders and explored new cultures.

The first leg of my trip began in Australia, where I toured 10 Hereford studs (a very large ranch) in three different territories. As many people know, Australia suffered one of the largest droughts in history over the last few years. It was very difficult to hear about the effects of the drought from many of the affected producers. This was truly an eye-opening experience as, unfortunately, many people were forced to reduce their herd by half and to take tremendous steps back financially. However, I was fortunate to be there right after some of the area’s first rains. The ranchers I spoke to were extremely emotional and happy to receive the amount of rain they did, as it was more than they had received the year prior. The paddocks, as they call them, were lush green with thick grass — something people and cattle have not seen in years.

After a week in Australia, I flew to Queenstown, New Zealand, for the World Hereford Conference. Before landing, we were flown over the mountains and beautiful landscape of New Zealand’s South Island. Queenstown is known as the adventure capital of the world with everything from mountains to lakes and rivers. I assure you the view was more than amazing! One of the highlights of touring Queenstown was traveling up a mountain in a gondola and getting to luge around the top. Our group also went on a shot-over jet boat on the river, which took us through the mountains and allowed us to see different scenery.

Aside from the many adventures in which I took part, I also was able to visit a few studs during the conference. We first toured a station in the high country that has Hereford, Angus and its own composite breed. We saw some great cattle, and to top the trip off, we even got to learn about its Merino sheep herd. One of the highlights was getting to feel some of the finest wool in fleece and then also to see it on the rams. The finest fleece can be worth upward of $3,000. The tour then headed to the next operation to look at a horned Hereford herd. At this stud, conference attendees learned about the technicalities of ultrasounding cattle and were also challenged to guess ultrasound measurements on a group of heifers.

Not only did the conference allow attendees to learn about cattle in New Zealand, but it also featured many renowned speakers. One of the main topics discussed on a world standpoint was the idea of a multi-country genomic evaluation. If implemented, this evaluation would help producers to better evaluate expected progeny differences (EPDs) or estimated breeding values (EBVs). Many countries use EBVs instead of the EPD system. Although some traits differ between the two systems, this program would help merge the two systems when using foreign genetics to make it easier for producers.

I am truly thankful for the opportunities the Hereford Youth Foundation of America has given me throughout my junior career. I would also like to thank the OXO family and Linda Swiercinsky for awarding Rylee Barber and me the 2020 World Traveler Scholarship so that we could attend the 2020 World Hereford Conference. I encourage any junior member who would like to be involved in the 2024 World Hereford Conference to watch for the next scholarship opportunity, as the conference will be coming home to the United States and will be held in Kansas City!