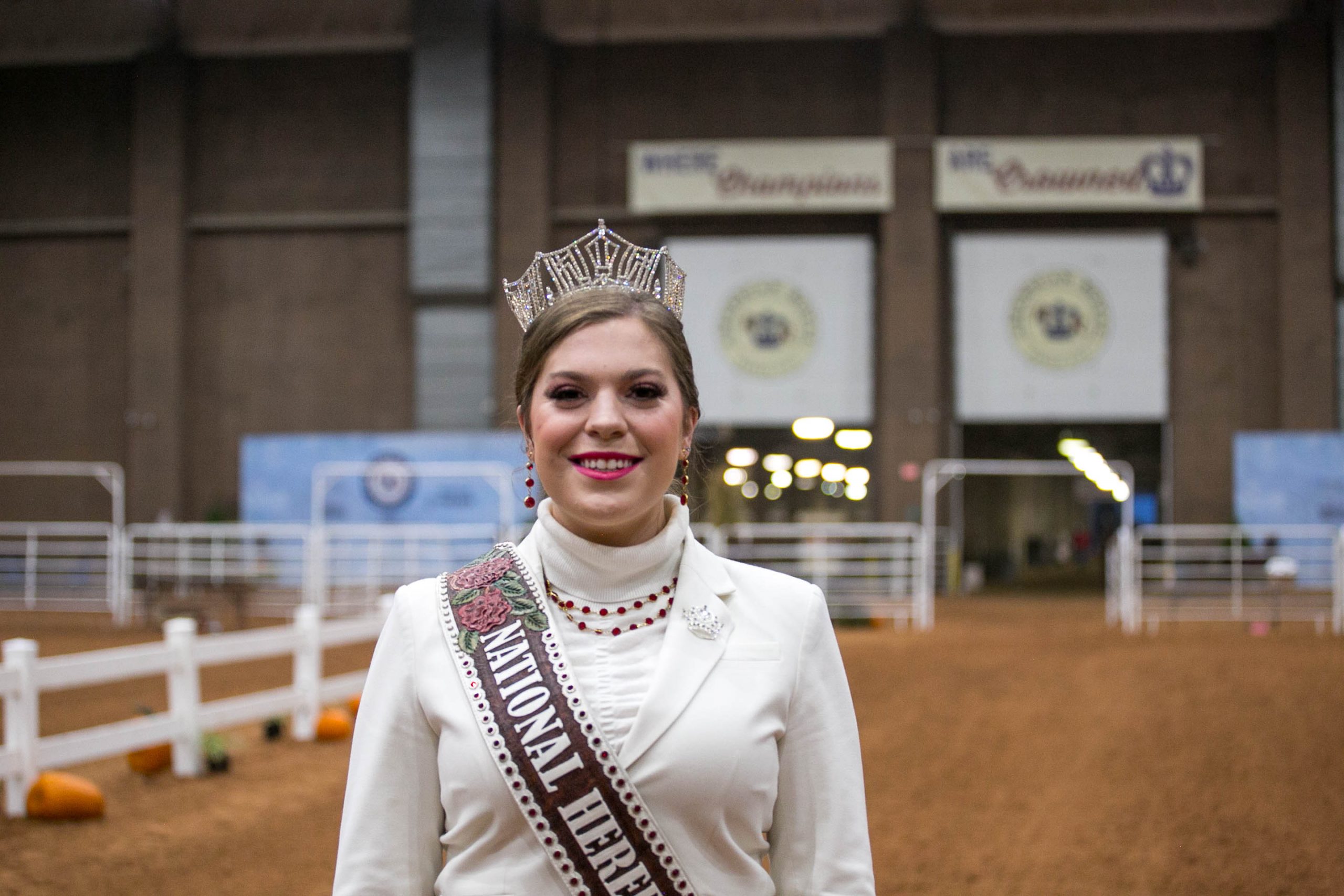 Kaylee McInvale, 2021 National Hereford Queen, on her last day wearing the white, crown and iconic sash of the tradition.

Kaylee attends Tarleton State University studying animal science. She has been involved in the Hereford breed for more than nine years and represented the breed and its members well over the past year, working tirelessly on behalf of the National Hereford Women (NHW).

The scholarship fund is the cornerstone of HYFA and countless youth are the benefactors of its mission. This last fiscal year, the foundation celebrated net assets reaching an all time high of 5.4 million dollars and $186,000 was given back to Hereford youth to assist with their college educations.