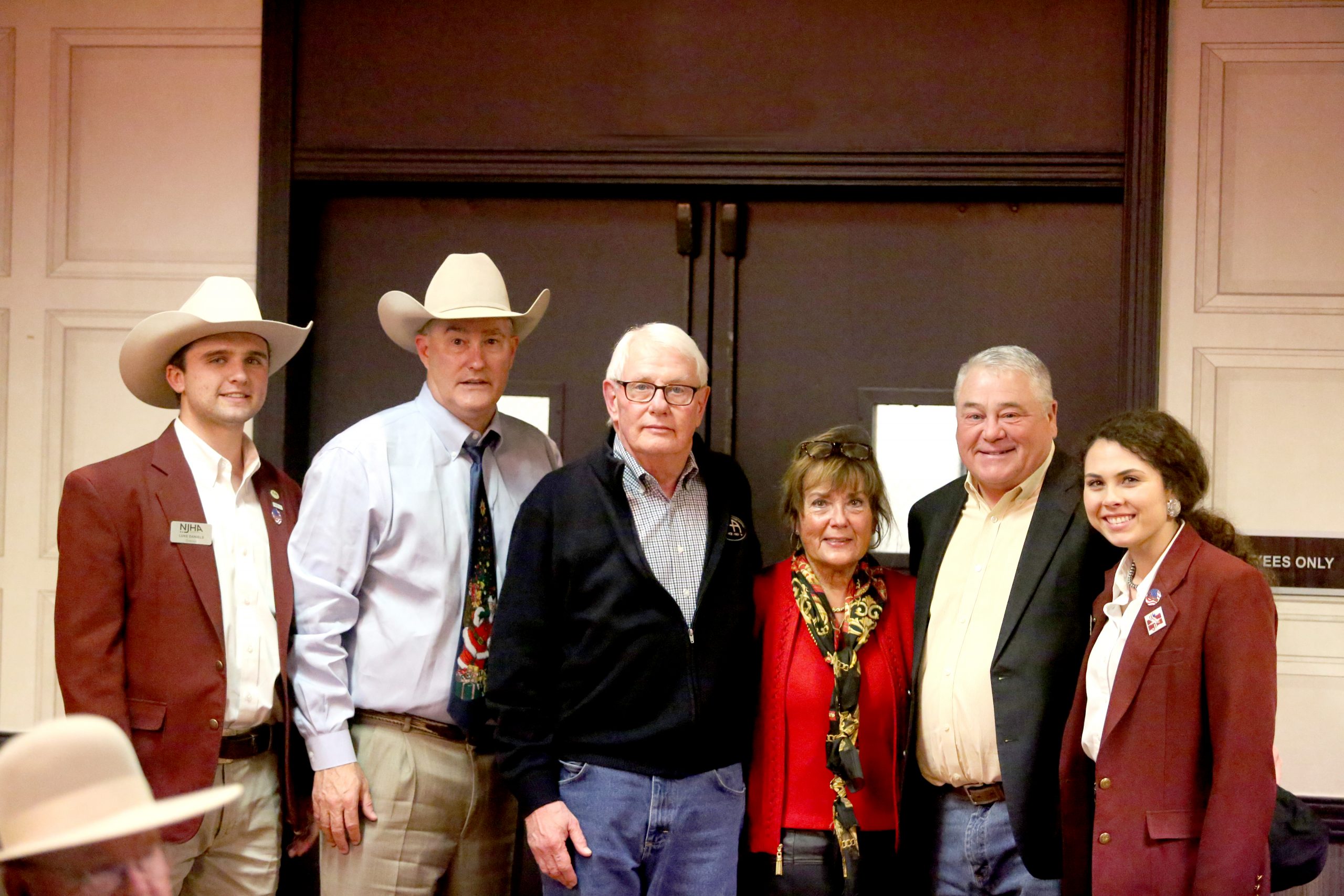 KANSAS CITY, Mo. — The Western States National Hereford Show, hosted in Reno, Nev., Dec. 1-4, held a special fundraiser to honor the late Willard Wolf, a recognized name in the Hereford breed and American Hereford Association (AHA) northwest field representative for 33 years. A massive fundraising effort took place at the Hereford Reno Sale as breeders, showmen and cattlemen alike raised their paddles and raised the bid to ensure a worthy endowment was started in Wolf’s memory. After the gavel dropped for the final time, more than $50,000 was generated for the Hereford Youth Foundation of America (HYFA), to ensure the start of a scholarship in Wolf’s name and to carry out his Hereford legacy.

Willard Wolf is a past inductee into the Hereford Hall of Merit and holds a special place in the hearts of Western Hereford breeders. “Over the decades, Willard and his wife Patty were influential in the Western Nugget Reno show and sale and it is only fitting his memory lives on through this scholarship that will support Hereford youth for generations to come,” says Amy Cowan director of youth activities and foundation for the AHA. “A huge thank you is in order to all who orchestrated this fundraising effort and contributed to such a special cause in Reno. HYFA will be contributing $10,000 to the endowment, making this a $60,000 fund in Willards name,” Cowan adds.

The Willard Wolf scholarship will be dedicated to Hereford juniors from the western states and the first scholarship will be awarded in 2022, continuing the legacy that Wolf started. Thank you to all donors and supporters who ensured this momentous endowment could be made. If you wish to donate in Willard’s memory, please send a check to WSHA, P.O. Box 8126, Reno, NV 89507. All funds will be managed by HYFA and the scholarship will be coordinated by the Western States Hereford Association.

Thank You to the Willard Wolf Scholarship Endowment Contributors: