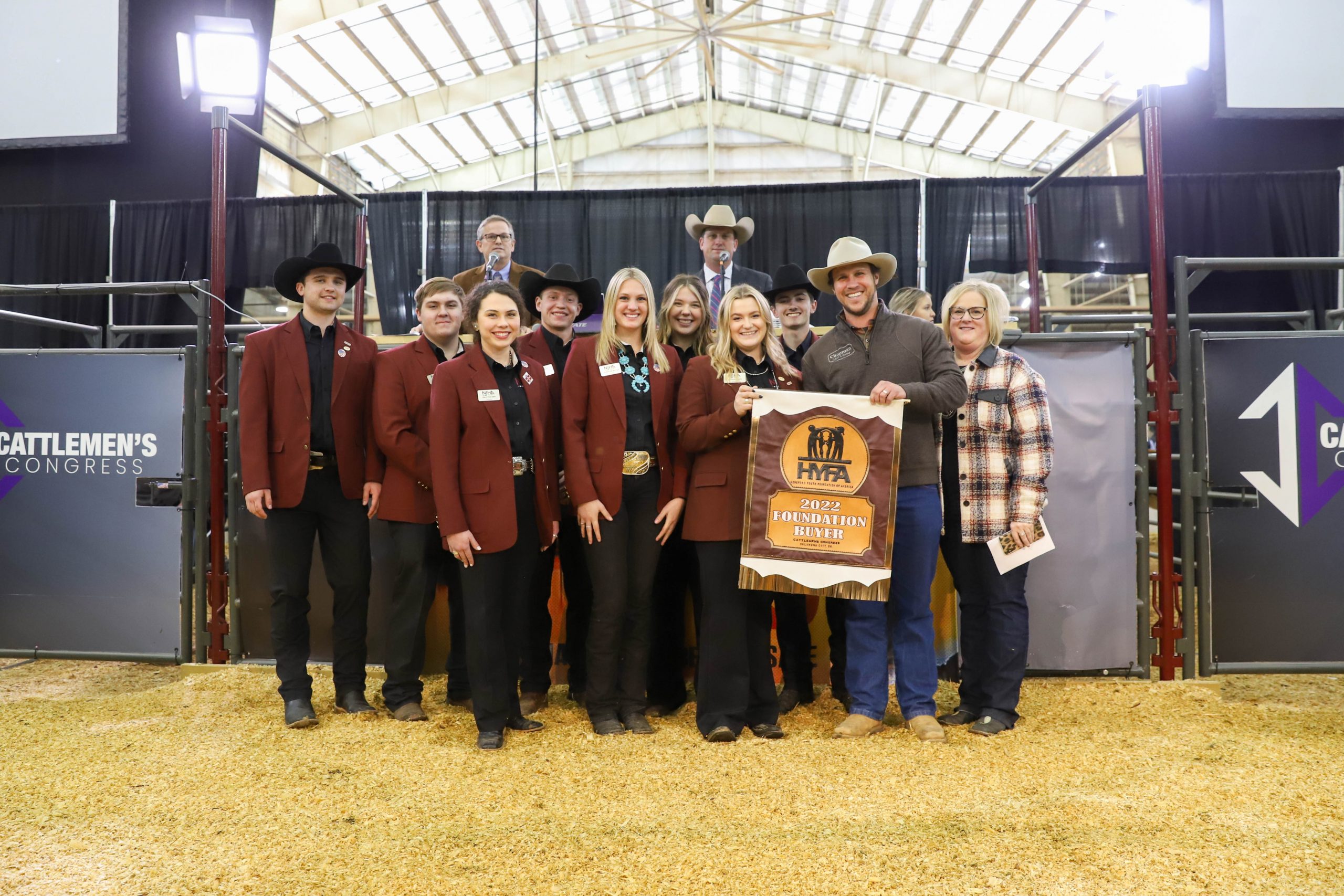 KANSAS CITY, Mo. — The Hereford Night in OKC National Sale, hosted Jan. 7, at the 2022 Cattlemen’s Congress in Oklahoma City, featured two lots that raised close to $80,000 for the Hereford Youth Foundation of America (HYFA). The first lot was a one of a kind Kentucky Derby Experience and the second was a heifer from T/R Cattle Company, Glencoe, Okla., with proceeds generously being donated to HYFA and the Growing a Lasting Legacy Campaign.

The Kentucky Derby Experience offered two day clubhouse courtyard tickets for four, three-night accommodations in downtown Louisville, Ky., and roundtrip private plane transportation generously donated by BioZyme Inc, St. Joseph, Mo. This once in a lifetime package was purchased for $42,500 by Chapman Land and Cattle, Nunnelly, Tenn., with all proceeds going directly to HYFA to support leadership and education for the next generation.

T/R Cattle Company’s, T/R Miss Shelby J43 ET, was the high selling female at the Hereford Night in OKC Sale and half of the proceeds were donated to HYFA as part of the Foundation One Program. GKB Cattle, Waxahachie, Texas, stepped up and purchased the heifer for $60,000, and this outstanding donor prospect will not only make an impact on the breed, but also on the youth who benefit from HYFA’s programs.

“The excitement that these two foundation lots generated in Oklahoma City is beyond humbling as Hereford youth will reap the rewards from these gracious donors for years to come,” says Amy Cowan, Director of Youth Activities and Foundation for the American Hereford Association. “ HYFA looks forward to implementing part of these funds at educational and leadership events including the Junior National Hereford Expo in Louisville, Ky., this summer and the National Junior Hereford Association’s new BOLD Leadership conference coming up in March.”